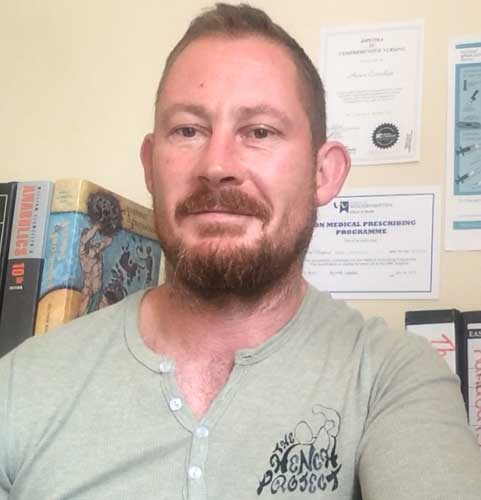 Reduce the use of anabolic/androgenic steroids (AAS). The most comprehensive data on drug misuse for England and Wales are provided by the British Crime Survey which estimates that in the 16-59 year old age group around 226,000 people admitted to “ever” having used anabolic steroids, with 50,000 users in the past year, and 19,000 in the past month (Hoare and Moon, 2010). Data from the 2012 British Crime Survey suggest that 70,000 people have used anabolic steroids in the previous year – greater than the 47,000 who have used heroin. AAS use is increasing dramatically in the UK.

Encourage the goal of AAS abstinence in line with the National Treatment Agency for drug use recovery agenda (Building recovery in the communities. Action plan for the NTA 2012-2013. Department of Health) to minimise/reverse harm caused by AAS use.

Androgen-induced HPGA (Hypothalamic Pituitary Gonadal Axis) suppression causes a severe hypogonadal state in most patients that often require an extensive period of considerable duration for normalization. This prevents most if not all individuals from cycling off these medications due to the adverse impact of this state. (HPGA Normalization Protocol After Androgen Treatment. N Vergel, AL Hodge, MC Scally. Program for Wellness Restoration). This means that AAS users progressively use AAS more frequently and in increasing quantities. By the addressing this issue, AAS users will be greatly encouraged to reduce and/or discontinue future AAS use.

Reduce the use of counterfeit drugs.  A recent Brazilian report of 31.7% of all anabolic products -including HCG- is counterfeit (da Justa Neves DB, et al. Incidence of anabolic steroid counterfeiting in Brazil, Forensic Sci Int 2013). This percentage will be markedly worse in the UK due to the comparative inaccessibility of pharmaceutical grade drugs and Brazils relatively easy black-market access to legitimate pharmaceuticals.

Reduce transmission rates and screen for blood-borne virus (BBV) and encourage safer practicing, reduced AAS use and promote referral to treatment. Dr Vivian Hope of Public Health England told the British HIV Association conference yesterday that injection of image- and performance-enhancing drugs is rising in England and Wales. Moreover, his research suggests that men may be acquiring bloodborne viruses through this route – 1.5% had antibodies to HIV, 8.8% had antibodies to hepatitis B and 5.5% to hepatitis C. (Hope V et al. Prevalence of, and risk factors for, human immunodeficiency virus, hepatitis B and hepatitis C infections among men who inject image and performance enhancing drugs in England & Wales. 19th British HIV Association conference, Manchester, abstract O4, April 2013.)

Reduce the health consequences of AAS. By health screening AAS users to promote harm reduction and risk awareness. AAS use results in harm, much of it hidden – deranged lipid and liver profiles, increased cardiovascular risk factors for example (Advisory Council on the Misuse of Drugs. Consideration of the Anabolic Steroids. September 2010). A simple blood test can inform of the damage being caused by AAS use whilst asymptomatic and before irreversible and catastrophic health consequences occur, such as liver disease liver disease or stroke.

Outcome 2: Reduced differences in life expectancy and healthy life expectancy between communities. AAS users are a marginalised section of the community, largely overlooked by medical agencies, relying instead on erroneous anecdotal evidence and peers for health advice.

Domain 1: Improving the wider determinants of health that affect health and wellbeing and health inequalities.

Domain 3: Health protection. The populations health is protected by BBV detection and reducing the rates of transmission while reducing health inequalities.